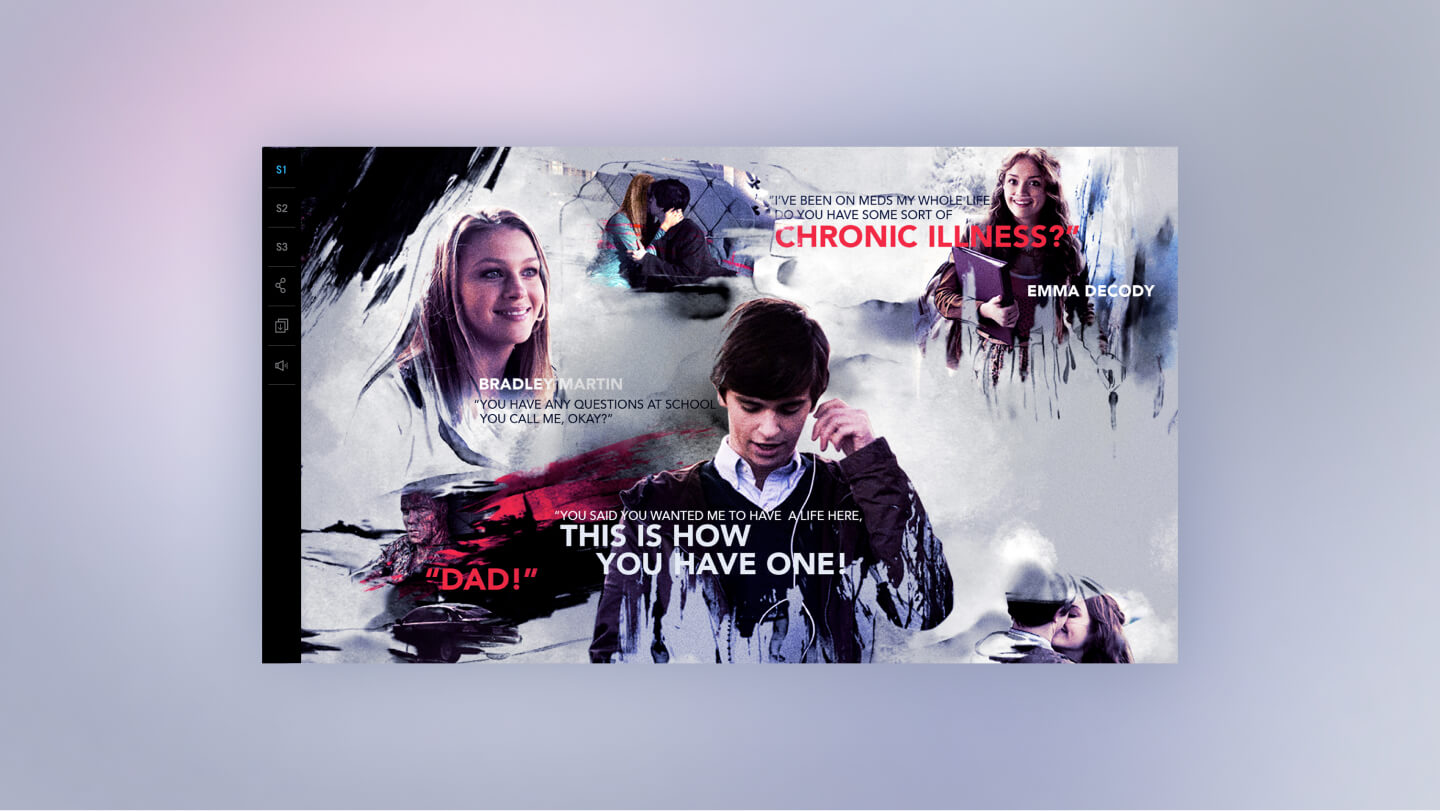 Bypass the binge with an animated microsite

To bring new viewers up to speed we designed an animated microsite for the season four premiere of A&E’s sinister series Bates Motel.

We were given a two-pronged goal: give viewers an interesting way to catch up on the story (without having to binge-watch anything) and offer die-hard fans a special experience.

A&E’s brief called for an animated, horizontally scrolling timeline of seasons one through three. They gave us copies of every episode and ample freedom to explore the experience design.

The result was a rich, visual tapestry of the entire Bates Motel narrative. Using sequence design, animation, and inline video clips, users cautiously scrolled their way through the tumultuous timeline of the Bates family. As they advanced the story, a new vignette would bleed (like ink) onto screen, further revealing the dark underbelly of White Pine Bay.

Outside of efficiently loading lots of PNG sequences, onboarding the viewer was our second biggest challenge. These are a few onboarding and way-pointing designs to help guide viewers through the experience.

We started the design process by binge-watching seasons one through three and making note of narrative highlights. These vignettes were paired with a brief line of dialogue and a video clip that served as the visual roadmap for each season. We worked with the Bates Motel showrunner to ensure each vignette moved the story forward in a clear way.

Each narrative sequence donned its own visual treatment. As the timeline of the show progressed through seasons (and as Norman’s psyche gradually unraveled) the visual contrast and stylization increased.

We also design limited edition promotional posters for each season that were provided to Bates Motel’s biggest fans.